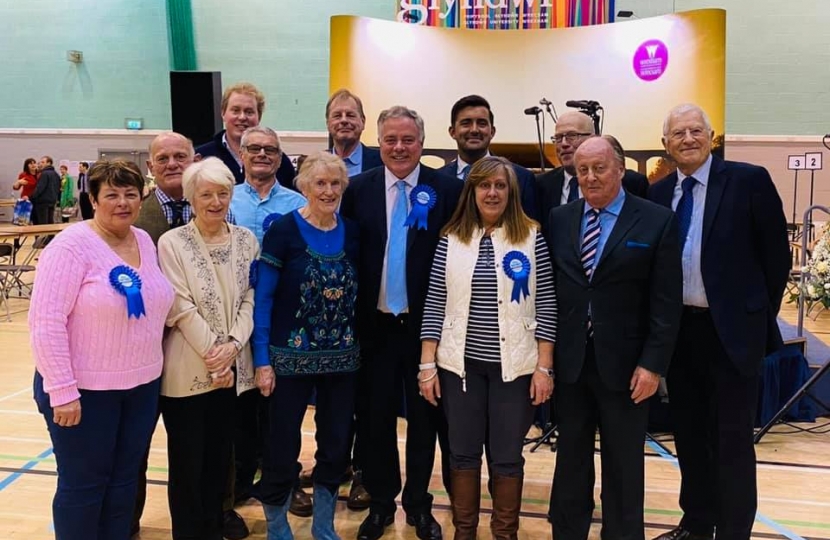 I am very honoured to have been elected as the Welsh Conservative MP for Clwyd South with a majority of 1,239 on a swing of 7.5% from Labour. I am extremely grateful to all those who voted for me and will represent everyone in the constituency, regardless of their political affiliation, as vigorously and effectively as possible.

Many lifelong Labour voters have supported me due to Brexit and I feel privileged to receive this high level of trust and won’t let you down. We will pass the Brexit legislation by Christmas and leave the EU by the end of January next year.

I have also received the message loud and clear during the campaign that people in Clwyd South want us to invest in and strengthen our public services, particularly health, education and the police. I know for a fact that a previous Conservative candidate for Clwyd South, namely the Prime Minister, strongly embraces this point of view and will act accordingly in the next parliament.

I will advocate this strongly during my time as an MP in Westminster and, by the same token, hold the Labour government in Cardiff to account for the successful administration of our public services here in Wales.

I will be very accessible to you across the constituency and do my very best to solve problems for you large and small. My political background is in local government so I understand the importance of day-to-day issues that affect our lives as well as the matters of national policy on which MPs vote in Westminster.

I would like to thank my opponents for a fair fight and in particular thank the previous MP Susan Elan Jones for representing Clwyd South over the last 9 years.

My Clwyd South Conservative team (pictured below) has worked tirelessly during the campaign. There are too many to mention them all by name but I would particularly like to thank my Agent, Cllr Gareth Baines, my Campaign Manager Paul Ashton and, last but by no means least, Tony Partridge who has led the Clwyd South Conservative Association with distinction over many years.

Clwyd South is a wonderful constituency which has a proud industrial and mining heritage, many new, exciting and successful businesses, world class tourism and cultural attractions, proud rural and farming businesses and traditions and, above all, close-knit, kind and highly supportive local communities. It will be the greatest honour of my life to represent this constituency in parliament and to promote and champion Clwyd South to the world at large.

Thank you to the large number of residents of Chirk and the surrounding area who came to my walk-in surgery in the Parish Hall in Chirk on Saturday.