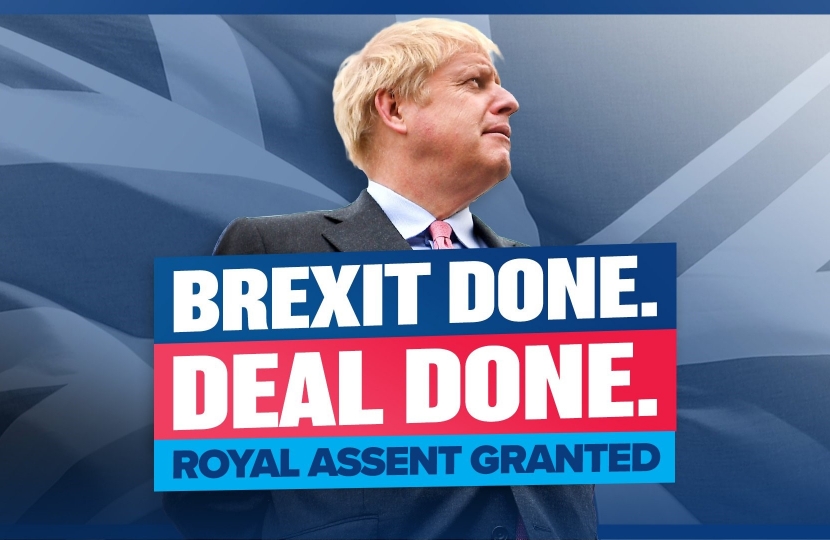 Members of Parliament, who were recalled from their Christmas recess today, voted in favour of the agreement by 521 to 73.

The Bill will now progress to the House of Lords where peers will debate the Bill and vote. Once the Bill passes both the Commons and Lords, as is expected, it will receive Royal Assent late tonight or early Thursday morning.

“As a longstanding supporter of Brexit, I was very happy and proud to vote in favour of the Prime Minister’s Brexit deal today, and to deliver on the promises I made to my Clwyd South constituents last year when they placed their trust in me in the General Election.

“The deal itself is very good news for Clwyd South, the rest of Wales and the UK. It will allow us to take back control of our laws, borders, money, trade and fisheries. And provides Welsh businesses with exceptional access to the EU’s market – the first time the EU has ever agreed a zero tariffs, zero quota deal.”