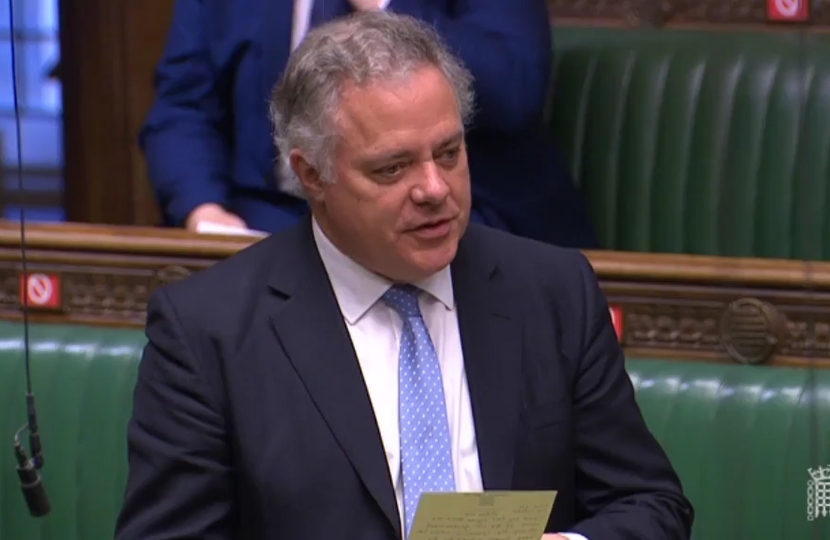 Member of Parliament for Clwyd South, Simon Baynes MP, spoke of his admiration and gratitude for key workers, Welsh businesses and Wales’ importance as part of the United Kingdom during the annual St David's Day debate in Parliament last week.

The debate, which is held each year in the House of Commons on, or around, St David’s Day, was held on Thursday 25th February and usually deals with general Welsh affairs.

"I would like to take this opportunity to thank the frontline workers in Clwyd South and elsewhere in Wales, including our NHS and emergency service staff, carers, community volunteers, council staff and retail staff, who have done so much to keep us safe during this pandemic."

He continued by offering his sympathies to businesses impacted by Covid and the need for the Welsh Labour Government to make sure its business support package is improved:

"Having grown up in a family hotel business in Wales and now acting as the Conservatives’ Small Business Ambassador for Wales, I speak to many Welsh companies that are struggling in the Covid crisis, particularly in sectors such as hospitality and tourism. A common theme to their comments is the disorganised nature of the roll-out of the Welsh Government’s Economic Resilience Fund, with many people unable to apply due to the IT system crashing, unclear guidelines on information required, and the application period closing in only a matter of hours without any prior warning.

“Some degree of administrative difficulty is understandable in the current crisis, but businesses feel extremely aggrieved when they hear that the Labour Welsh Government have still yet to spend £650 million of the money that they have received from the UK Government, which could be used to put right the problems caused by short-changing Welsh businesses in business support.”

"I was very pleased to make a contribution last week to the annual St David's Day debate in Parliament, having made my Maiden Speech in the same debate last year. It’s vital that we continue our progress with the very successful UK vaccination programme to ensure that next year we can mark St David's Day in a more normal way and celebrate all things Welsh together. Until then, I want to wish everyone in Clwyd South and across Wales a very Happy St David's Day!"