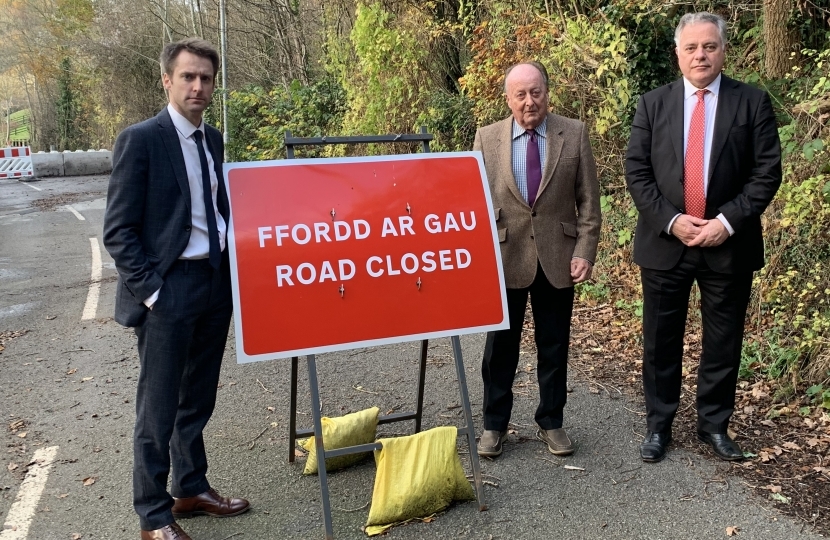 On Friday 19th November 2021, I visited the landslip on Newbridge Road between Newbridge and Cefn Mawr, alongside Sam Rowlands, MS for North Wales and local resident, Tony Partridge. Sam, Tony and I were able to see first-hand the damage that has been caused on the road and called on the Welsh Government to urgently conduct essential repairs.

Since the visit, funding of £175,000 from the Welsh Government has been confirmed to make technical studies with regard to repairing the extensive damage caused to the B5605 earlier this year by Storm Christoph. This is a small step in the right direction on repairing the Newbridge Road. Many thanks to Cllr David A Bithell, Deputy Leader of Wrexham County Borough Council, and his colleagues for working tirelessly to persuade the Welsh Government to take this desperately needed repair work seriously. It is astonishing that the Welsh Government has taken so long - almost a year - to react and there can be no further delays on their part in making sure these repairs are done as fast as possible.