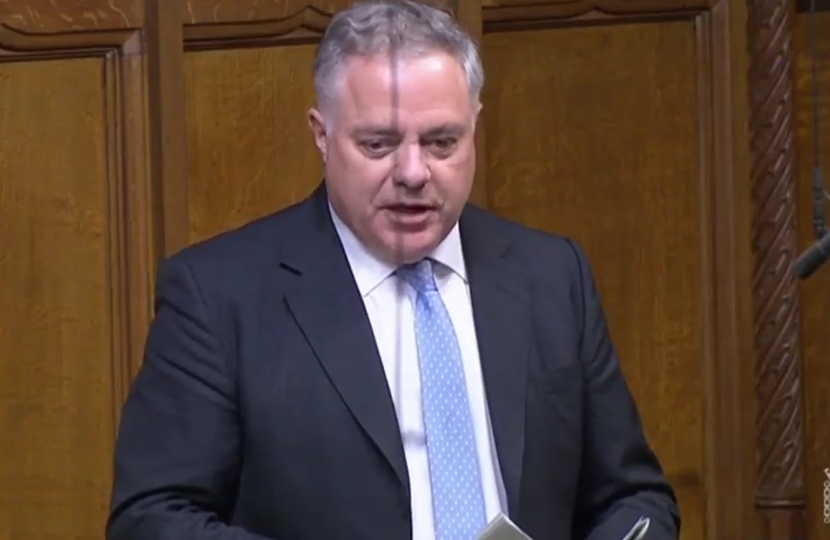 On Wednesday 7 October, Clwyd South MP, Simon Baynes, highlighted the need for an upgrade to the A483/A5 and an improvement in railway journey times in North Wales with Boris Johnson during Prime Minister’s Questions on the floor of the House of Commons.

Mr Baynes praised the recently-announced Union Connectivity Review (chaired by Sir Peter Hendy) which was commissioned by the Prime Minister and will review transport connections across the UK. He said that his constituents in Clwyd South would welcome improvements to railway journey times in North Wales and an upgrade to the A483/A5, before asking the Prime Minister if he agreed that the review demonstrates the UK Government’s commitment to building back better in a strong United Kingdom.

In response, the Prime Minister said:

“I thank my Hon. Friend, who represents a constituency that I once fought for—he represents it well, but I do not think I fought for it very well. I know the A483/A5 connection well, and Sir Peter [Hendy CBE, who is leading the review] will certainly look at that scheme and many others in his Union connectivity review.”

“The Prime Minister knows our area and Clwyd South very well, not least from his time as the former Parliamentary Candidate for Clwyd South. I am pleased that my mention of the need for a cut in railway journey times in North Wales and an upgrade to the A483/A5 received such a positive response and I look forward to seeing how the Union Connectivity Review progresses in the coming months.”