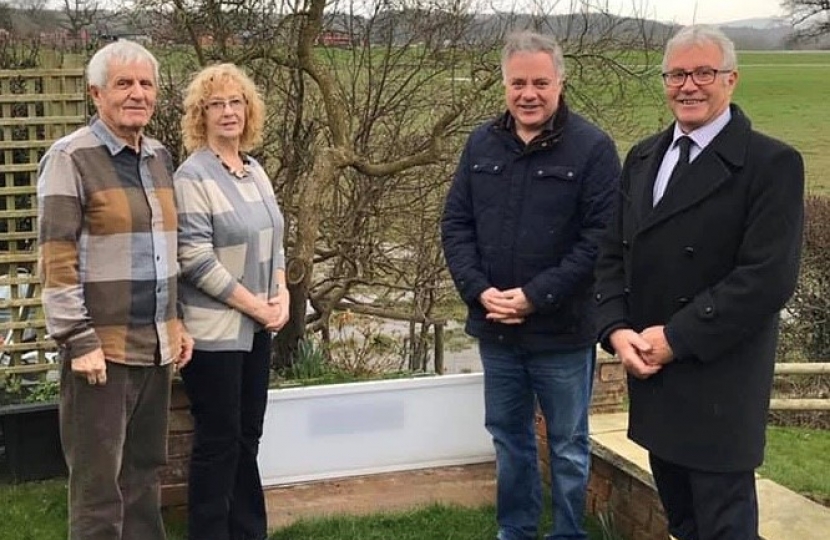 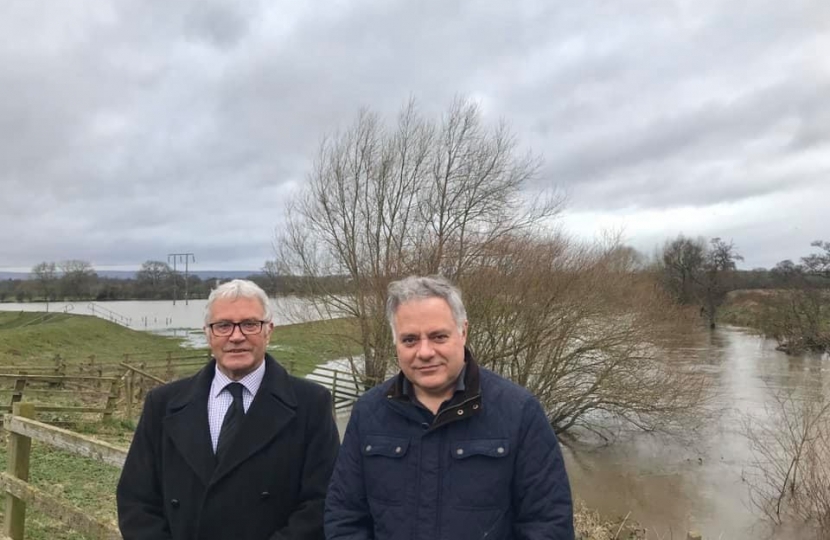 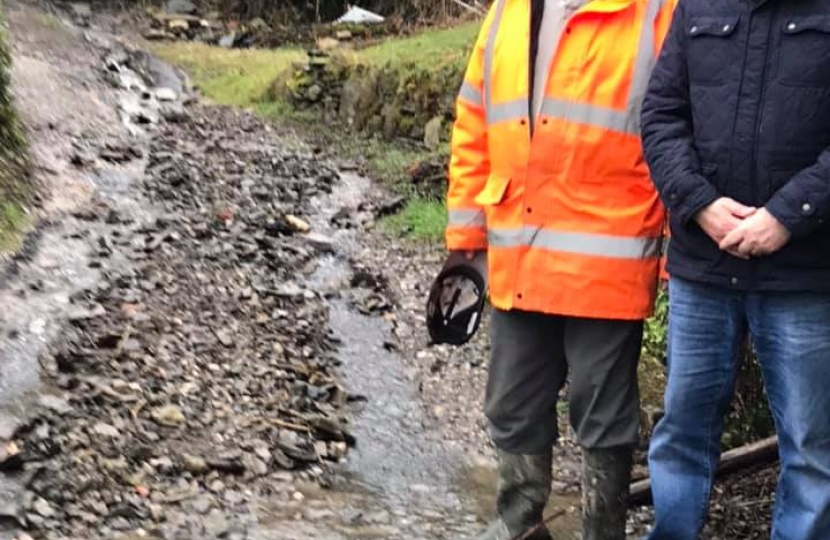 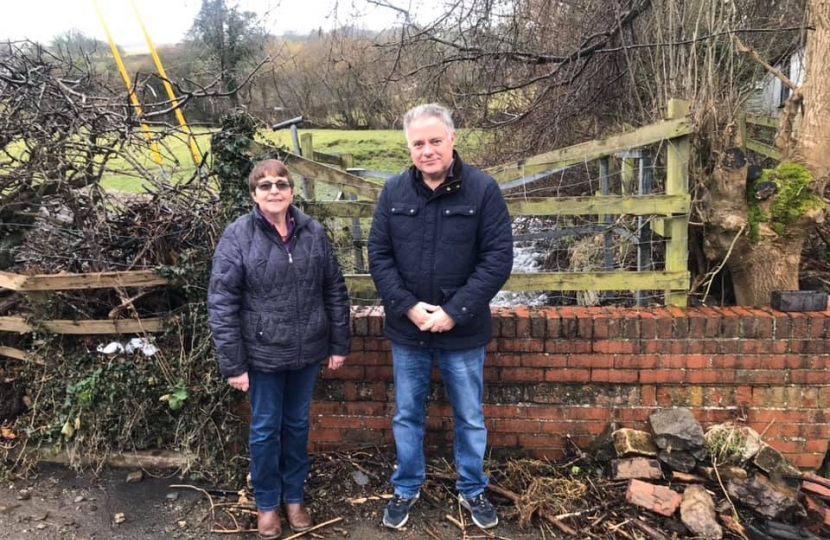 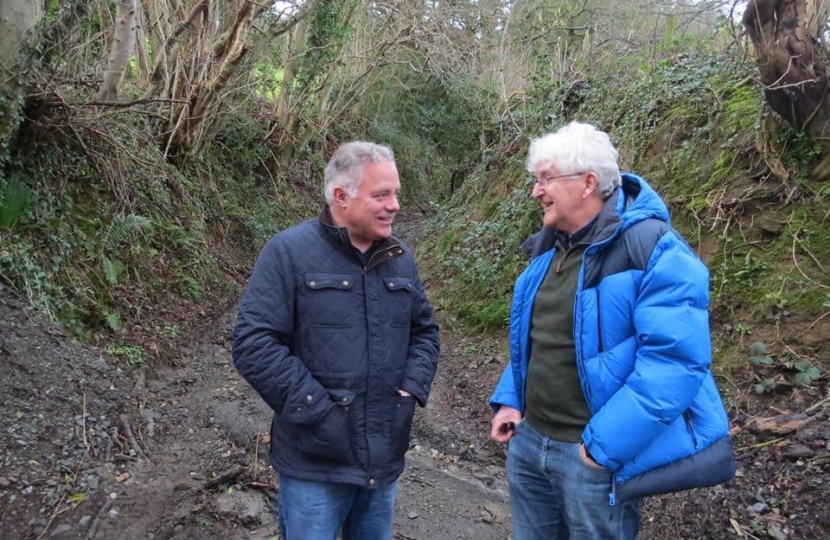 Today I have been visiting areas in Clwyd South which particularly suffered from Storm Dennis including Bangor-on-Dee, the Ceiriog Valley, Brymbo and Pentre Broughton and its neighbourhood. I visited with local County Councillors Rodney Skelland, Trevor Bates and Beverley Parry-Jones respectively.

In Bangor-on-Dee, accompanied by Paul Ashton, Cllr Skelland and I met Brian and Jenny Huckle at their home with its flood defence barrier. Brian is one of the 14 volunteer Flood Wardens in the community who do a fantastic job in keeping Bangor-on-Dee safe, including a twice yearly inspection of all the flood defences. The latter proved their worth this week but the exceptionally high level of surface water almost led to flooding in some houses on the Overton Road. If drains, culverts and ditches were properly maintained, then all houses would be safe.

In the Ceiriog Valley Cllr Bates and I met Community Agent Davena Davies who showed us the culvert just above her home in Bro Ddewi, Llwynmawr which overflowed very badly as shown in her photo below. Again routine maintenance is vital for reducing such incidents. Cllr Bates drove us round many of the valley roads, some of which are in a terrible state of repair as shown in the photos below at Tyn Twll and Brongyll Lane (where I also met local Community Cllr Ralph Bennett). The proposed pot hole fund of £1m by Wrexham Council is desperately needed.

In Brymbo and Pentre Broughton and its neighbourhood, Cllr Parry-Jones showed me a fallen wall, damaged kerbstones and a fallen tree from the storm and again emphasised how many drains in this area are in urgent need of clearing and cleaning.

Everyone mentioned above has worked so hard during Storm Dennis and I would like to thank them and other local Councillors, Wrexham Council staff, NRW, Dwr Cymru Welsh Water and the Emergency Services for doing their utmost to keep people safe across Clwyd South in exceptionally treacherous conditions.

Looking Out for the Most Vulnerable during the Covid-19 Crisis

I’ve been contacted by some of the most vulnerable constituents, identified as being at high risk from Covid-19, who are worried that they’re not getting the priority access to supermarkets - which is available to the shielding group in England. This must change.