A village clean up has been hailed a success by community leaders. 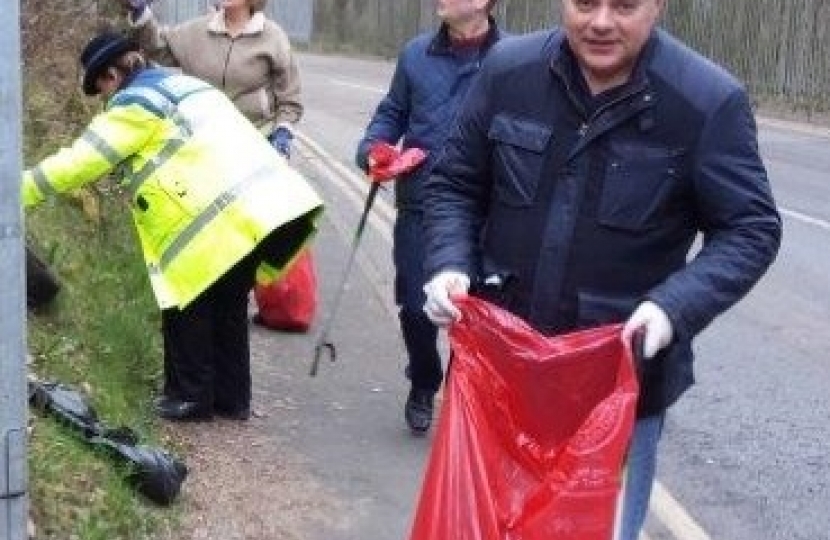 A village clean up has been hailed a success by community leaders.

The action day in Brymbo organised by Councillor Paul Rogers and PCSO Robina Ahmed took place last Tuesday supported by over a dozen volunteers and by Wrexham Council's Environment department, as well as the Broughton Housing Estate office.

Fly tipping was collected from hot spot areas such as the field to the rear of Argoed and around the former Brymbo steelworks site.

Over twenty bags of litter were collected off Blast Road, a challenging area, due to steep embankments and overgrowth.

A litter pick also took place around the health clinic at Offa Street.

Brymbo Councillor Paul Rogers said he was pleased by the response.

"In just a couple of hours we made a big difference to key areas."

"I was delighted to support the community action day in Brymbo and would like to congratulate Councillor Rogers, PCSO Robina Ahmed and everyone involved."