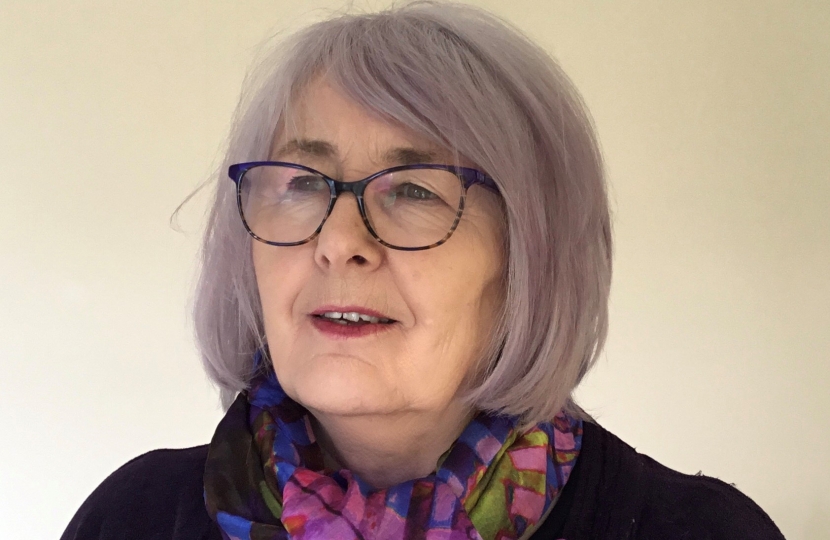 Pat Astbury, who was born and raised in North Wales, is also the panel member champion for Modern Day Slavery and Child Exploitation.

Speaking afterwards, Pat said she was delighted to have been chosen and would use her wealth of local knowledge to good effect.

She said: “I have a first-hand understanding of the diverse areas and needs that are prevalent across the region – from the industrial areas of North East Wales to rural Gwynedd. If elected, I would make sure the public has the chance to raise their concerns through well publicised meetings and surgeries. I will listen to what people have to say and take action.”

She said: “County lines is a particular problem along the A55 – with huge implications for education (excluded pupils), social services, health, the police – not to mention damage to families and the community.”

She stressed: ‘There would be no laissez-faire attitude to issues such as drugs.’

Although there has been an increase in numbers deployed to the rural crime team in North Wales, Pat believes it is important that PCSOs are regularly seen in these areas.

She said: “I would continue to press for more visible policing whilst fully understanding the need for the less visible – for example, there is a need for an increase in staff who can combat fraud and other online criminality.

“Nothing gives more reassurance than the sight of a uniformed member of the police.”

“I’m delighted that Pat Astbury has been selected as our Police and Commissioner candidate. I’m certain that she will be a great advocate for residents and our hardworking police officers in North Wales. And that she will look to capitalise on the extra 20,000 officers being recruited by the UK Government across England and Wales. Pat will be totally focused on the job in hand and strongly committed to tackling the impact of drugs on young people and communities in North Wales.”