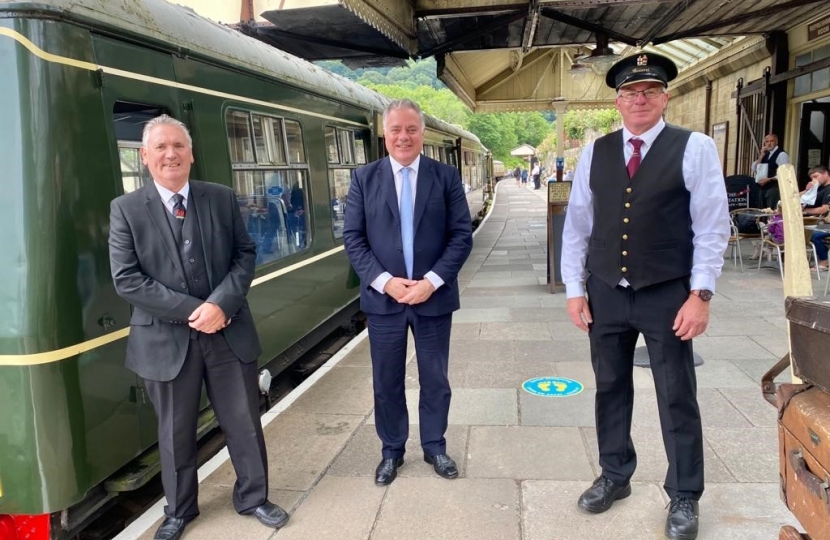 The railway last ran trains on October 1, 2020 – a subsequent reopening was delayed by Llangollen Railway PLC going into receivership.

As part of the visit, Mr Baynes took a train from Llangollen to Berwyn and back again, during which he met with Phil Coles (Vice Chairman of the Llangollen Railway Trust), John Doyle (Train Guard) and Ben Jackson (the Station Master at Berwyn who has worked there for 22 years) and many other volunteers.

“It was a great pleasure to visit Llangollen Railway today on the day that they have re-opened and started running their first trains since October. I had the opportunity to meet with many of the volunteers who work so hard and with such commitment to the railway. It’s wonderful to see the railway back in operation and it’s a great tribute to the board members and volunteers who have dedicated a huge amount of time to make this happen. And I wish them a very successful summer season.”