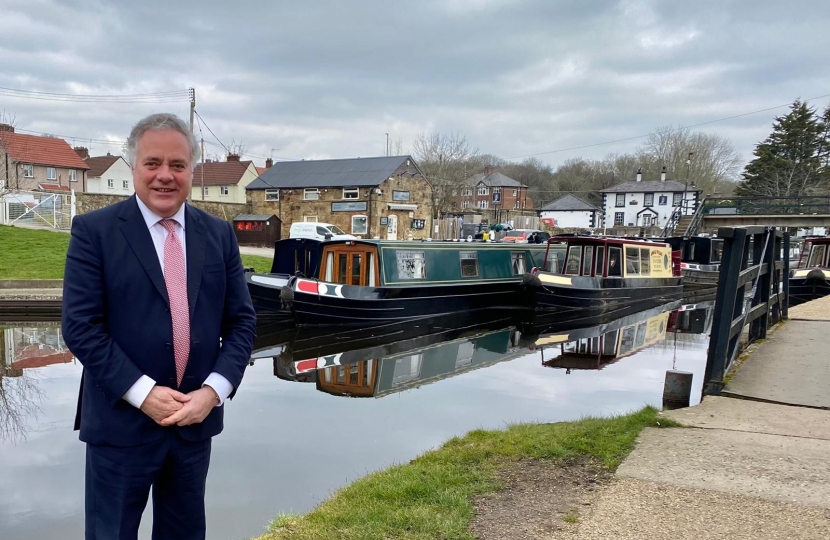 Member of Parliament for Clwyd South, Simon Baynes MP, was recently re-elected a Vice-Chair of the All-Party Parliamentary Group (APPG) for Waterways.

At the group’s AGM on Tuesday 2nd March, fellow MPs and Peers of the House of Lords picked Mr Baynes again to be one of the group’s Vice Chairs, along with Michael Fabricant MP as the Chairman.

The APPG for Waterways’ role is to consider matters relating to navigable (and formerly navigable) rivers, canals, estuaries and lakes in the UK; including the potential social, economic and cultural impact of the regeneration of those waterways and extension of the system.

“As the MP representing Llangollen, its famous canal and the Pontcysyllte Aqueduct, I’m very glad to be elected a Vice-Chair of the APPG for the Waterways so that I can make the positive case for tourism and enjoyment as well as the regeneration of our magnificent canals and waterways.

“We have a chance post-Covid to promote our historic canals and their social, economic and cultural value to a new generation, and so I’m looking forward to working with my colleagues on the APPG.”