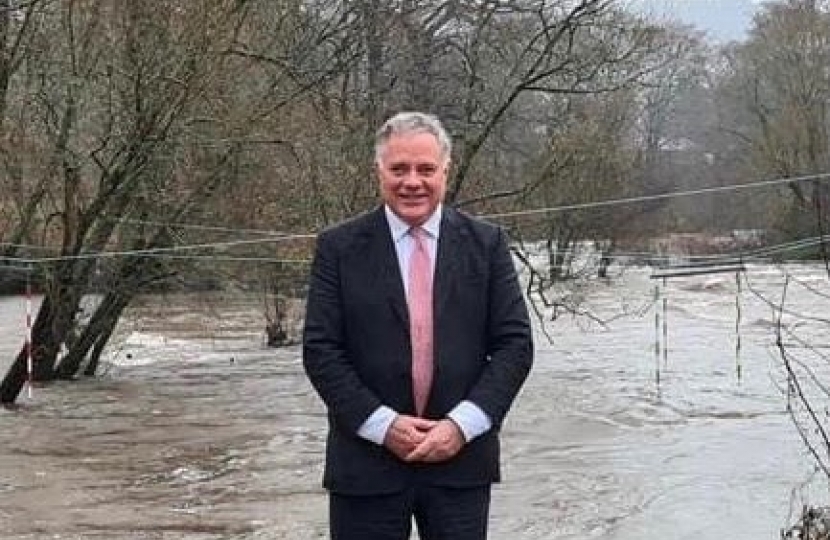 Member of Parliament for Clwyd South, Simon Baynes MP, is backing calls from a Llangollen Town Councillor to examine the possibility of setting up local hydroelectric projects to generate energy from the River Dee in Llangollen.

Following the recent decision of Llangollen Town Council to declare a climate emergency, Llangollen Town Councillor, Stuart Davies, is keen to investigate the feasibility of local electricity generation schemes harnessing the power of the River Dee at Mile End Mill and other possible locations. To this end, he has held preliminary meetings with Simon Baynes MP and other interested parties in Llangollen. Cllr Davies will now bring forward ideas for consideration by the Town Council in order that further investigations into such studies can be carried out in the community.

“Given that Llangollen has a history as a mill town going back to the 13th century, it would be very exciting if the Town Council and national politicians could work together to bring some "Green Dee Power" back to Llangollen. And I’m very pleased that our MP, Simon Baynes, is backing me in looking into the feasibility of these projects.”

“Recently, I have met with Cllr Stuart Davies and others in Llangollen to look at practical ways to harness the hydro power of the River Dee in the town.

“The environment was one of my top three priorities when elected as the MP for Clwyd South. Since then, I have spoken in Parliament in support of local hydroelectric projects, such as the Corwen community hydro scheme, and also about the cross-party Local Electricity Bill. The possibility of generating hydroelectric power once more on the River Dee is very exciting and I’m sure will attract a great deal of support in the community in Llangollen.”