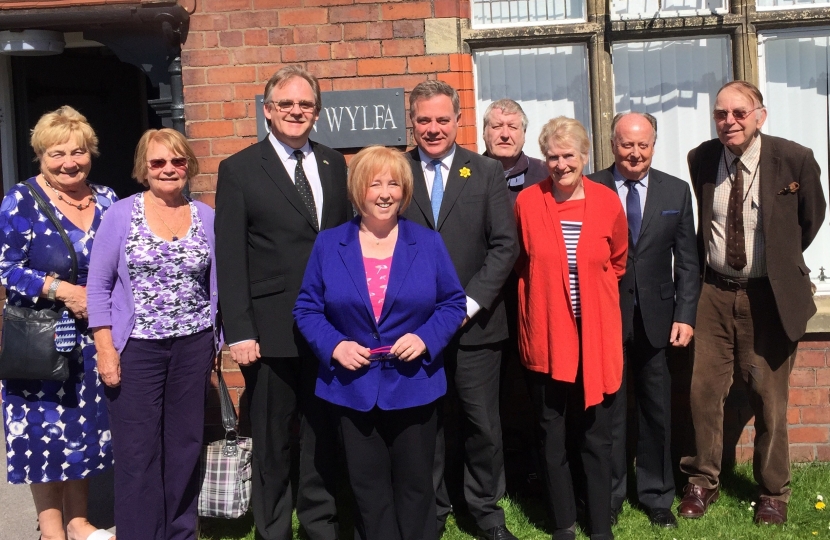 Mark Isherwood and Suzy Davies, Welsh Conservative Assembly Members in the last Assembly term, presented the new deal to an audience of local residents. In particular they outlined the Welsh Conservatives' plans to implement a £400 weekly cap on residential care costs and to protect £100,000 of assets of those in residential care, providing dignity and ensuring people do not lose their life savings to care costs.

We will support older people across Wales to remain active members of the family, community and society, while providing security for the future with clear action on residential care costs. Welsh Conservatives will also put an end to age discrimination and promote and protect older people’s rights.

I have a strong interest in care for older people through my work running the charity Concertina - Music for the Elderly http://www.concertinamusic.org.uk/ which provides musical entertainment for older people to combat loneliness and reawaken happy memories from the past.

The Welsh Conservatives believe that old age is something to be celebrated. We believe that older people deserve dignity and respect as well as independence and the freedom to make decisions about their lives.