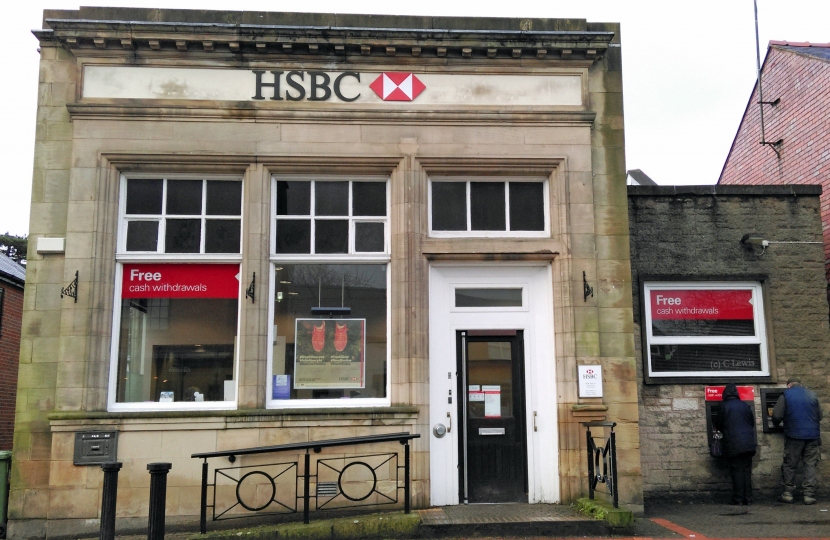 Simon Baynes, the Welsh Conservative Assembly Candidate for Clwyd South, has expressed his severe disappointment at HSBC’s announcement of their intention to close their branches in Chirk and Ruabon.

HSBC has announced that they intend to close both branches in Chirk and Ruabon on 8th April, with the Bank claiming that both branches have become unviable and no longer generate the custom needed to justify their continued operation. HSBC intends to further develop its internet and mobile facilities.

"The closure of the HSBC banks in Chirk and Ruabon is a big blow to both towns. I am really disappointed by these decisions particularly as these branches are the last banks in the communities.

Bank branches like these are very important to everyone locally, particularly elderly customers, the disadvantaged and local businesses, especially small and medium sized businesses.

It is vital that HSBC make it a top priority to discuss new arrangements with their customers, particularly the elderly, and to lessen the impact of this decision as far as possible if the bank decides to go ahead with these proposals.

Many people locally have been loyal customers for many years and I hope that HSBC will think again before closing these branches.