A strong voice for farmers 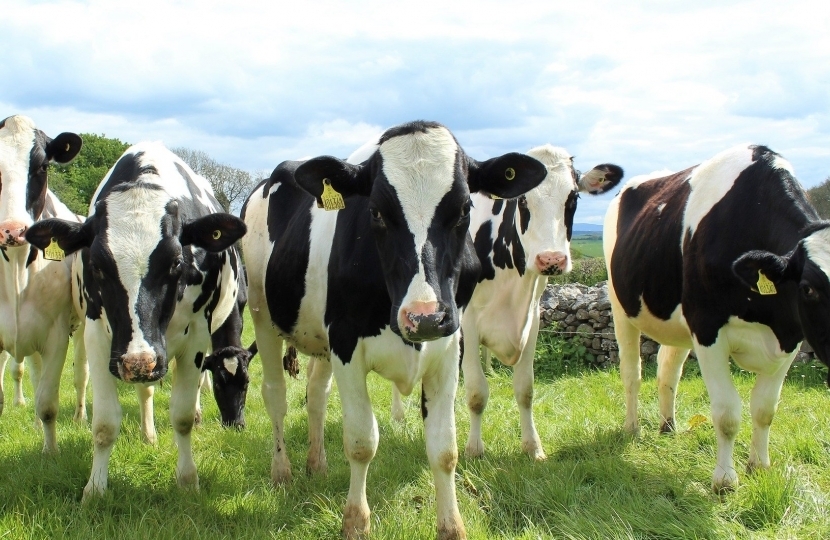 Member of Parliament for Clwyd South, Simon Baynes MP, has welcomed the decision by the UK Government, announced yesterday 1st November, to extend the Trade and Agriculture Commission (TAC) and place it on a full statutory footing in the Trade Bill, thereby giving farmers a stronger voice in UK trade policy. The UK Government has also tabled an amendment to the Agriculture Bill to bolster parliamentary scrutiny of free trade deals.

The Commission (TAC) was initially launched for a six-month period since when it has heard from dozens of experts on farming, animal welfare, the environment and trade. Now it is being placed on a statutory footing and will produce a report, as recommended by the National Farmers Union (NFU), on the impact on animal welfare and agriculture of each new free trade deal that the government signs in the future.

The UK Government has also tabled an amendment to the Agriculture Bill in order to boost parliamentary scrutiny of new free trade deals from 1st January 2021. The UK Government will have to report to parliament on how commitments in new free trade deals relating to agricultural goods are consistent with maintaining UK levels of protection in relation to human, animal and plant life and health; animal welfare and environmental protection.

“Many people in Clwyd South have contacted me about the importance of maintaining agriculture and food standards in future trade deals and these two new announcements will give farmers a much stronger voice in UK trade policy and bolster parliamentary scrutiny of these deals. As the UK government has previously said, chlorine-washed chicken and hormone-fed beef are illegal in the UK and they will not be negotiated as part of any trade agreement.

“I am very pleased that these two announcements by the UK government have been warmly welcomed by NFU Cymru whose President John Davies has described them as “a milestone moment and one that should be welcomed by all who care about our food, environment and high standards of production.”