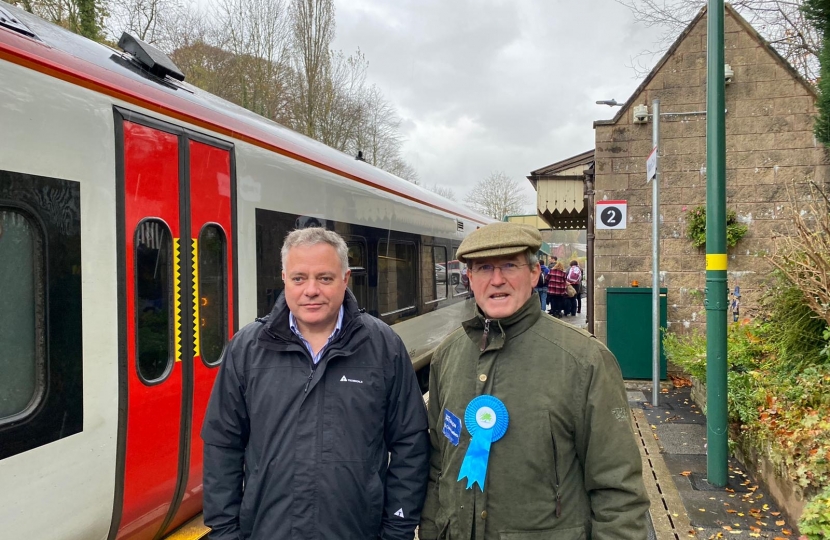 I discussed with Owen Paterson on his recent visit to Chirk the fury that people feel about the decision of Transport for Wales, which is the responsibility of Ken Skates AM and the Welsh Labour government in Cardiff, to cut railway services on the Chester to Shrewsbury line and to renege on the promise made by Susan Elan Jones and Ken Skates that Ruabon station would receive investment for vital upgrade work.

This affects not only Clwyd South but also the North Shropshire constituency that Owen Paterson has represented for many years. The service cuts involve cancelling the first and last off-peak services of the day. Owen has written to the UK Transport Secretary Grant Shapps who is taking the issue up with the Welsh Labour government in Cardiff because the cut in services is a breach of the devolution settlement between Wales and England on transport services.

We both strongly back all efforts made by people locally to reverse this decision, particularly well over 2,000 people who have signed petitions organised by local Councillors, and we will keep fighting until these services are restored.